Spreading information about sushi and other types of Asian food.

Sushi is one of the most famous and well-known dishes on the planet. When people think of Japanese cuisine, they usually think of sushi. This dish comes with a rich history in Japanese culture and has been adopted into regular diets across the world in countries like the United States of America. Sushi is traditionally made with few ingredients, almost always containing rice, raw fish or vegetables. 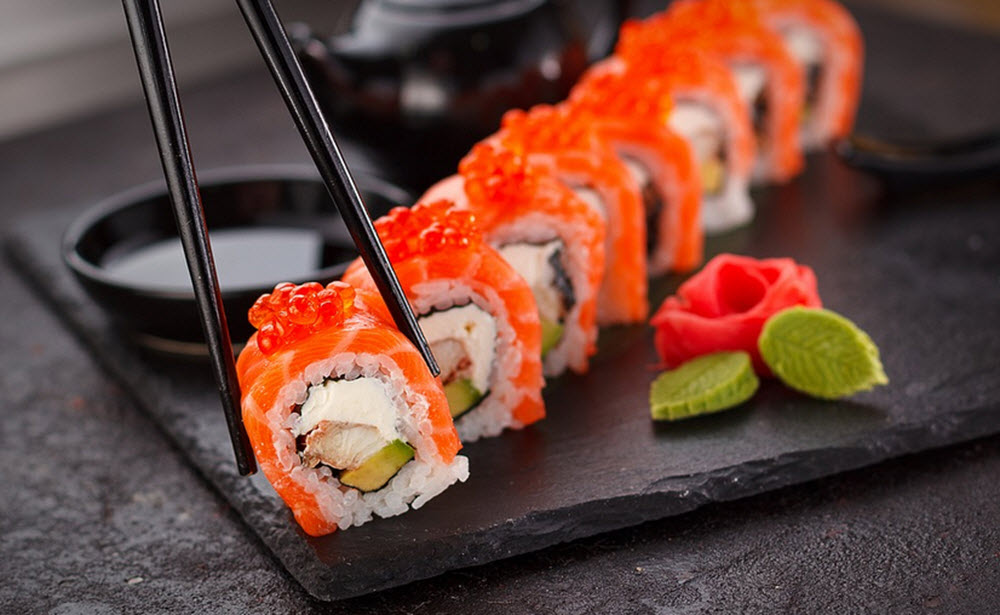 Unless you ask a full-on foodie, a Japanese culture enthusiast, or a Japanese person, the answer you are going to get to the question ‘What is sushi?’ is raw fish. Especially in the west majority of the people consider sushi to be Japanese for raw fish, when in fact it has two separate meanings:

So, while we think the raw fish on top or in the middle is what makes the sushi, in fact, it is the rice and vinegar combined with a piece(s) of raw vegetable or raw fish which in Japanese means Sashimi. Sashimi the dish is widely referred to incorrectly as sushi, but since it does not have rice, it is not officially considered to be sushi.

There are still a wide variety of different and unique sushi dishes we will cover in this article, ranging from the commonly known Maki Sushi or Makizushi and Nigirizuhi to the more unknown Chirashizushi and Inarizushi.

Sushi is an interesting dish originated in Japan. Several types of sushi found in Japan are not found anywhere else. At the same time, there are types of sushi outside of Japan that you would not generally see in Japan, like the inside out roles. Enjoy this list of the most popular sushi types and become more familiar with the types of sushi and how they differ.

There are many more types of sushi worth checking out when in Japan, and we recommend you definitely give them a try if you ever get a chance. Paired with the perfect burn of the wasabi, you cannot go wrong with any of the choices above.

Sushi has a history in Japan dating back to the fourth century and has been spreading around the planet since the 1800s. The western influence and creations like the California Roll, Dynamite Roll and Spicy Tuna Rolls added a different flavour to the vast history of sushi. These types of western roles are not easy to find in Japan, where they stick to the original, historic forms of sushi. You know the saying, if it is not broke, don’t fix it.

Most sushi restaurants are privately owned and not open to outside investments.  If you want to invest in the sushi industry you will therefore either have to open your own restaurant or invest in stock in one of the bigger sushi chains.  You can also invest in publicly traded companies that provide products used by sushi restaurants such as condiment producers and aquaculture companies.  Chose companies that are active in your area and that you know offer a good product. It is easy to learn how to buy stocks once you have decided which companies you want to invest in. Take your time and research the companies well before you decide to invest your money in their stock.

Some types of Asian food might seem strange at first sight.  Do not let this discourage you.  Most Asian food is very good.

Asian food is easy to cook at home. Use google to find a recipe and ttry cooking your own Asian meal today.

Online casino gaming allows you to play 1000s of different casino games from home. Online casino gambling can be fun and can be a great way to learn how to play different games. You can become an expert before you ever visit a casino.

Many online casinos give you free money to play for so that you can try their casino 100% risk-free. You can find all the latest no deposit casino bonuses by visiting Casino.zone. No deposit bonuses are 100% risk-free.